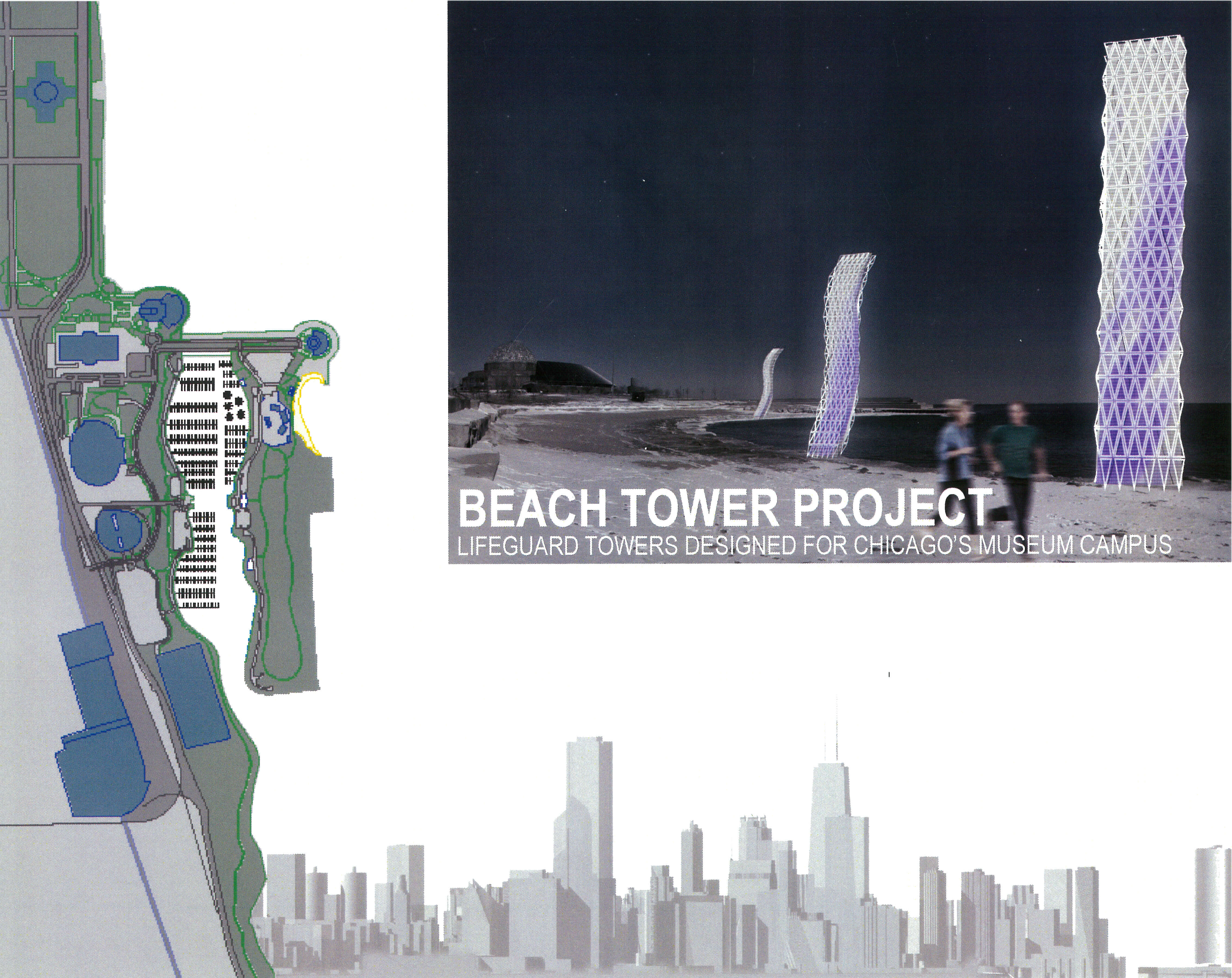 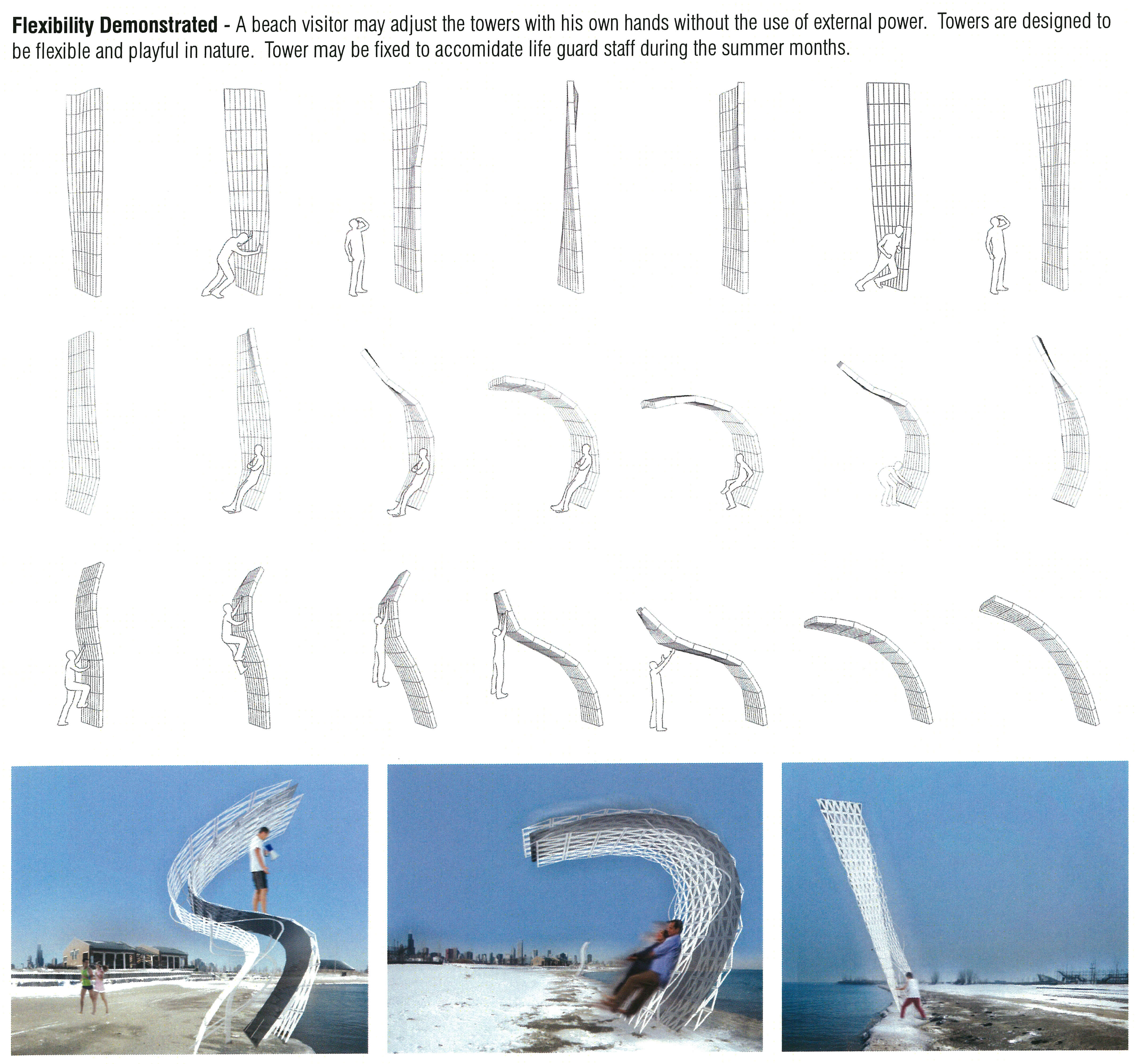 The 12th Street Beach is set apart from Chicago’s many lakefront parks in that the neighborhood is completely event-based. The population consists of emerging temporary groups which define the campus itself. The beach lies near the Adler Planetarium on Northerly Island. Previously this land was home to Meig’s Field, a commuter airstrip; now it is a sanctuary and concert venue. Rarely is the 12th Street Beach a destination in itself. In response these lifeguard towers are designed to be permanent installations which respond to user activity.